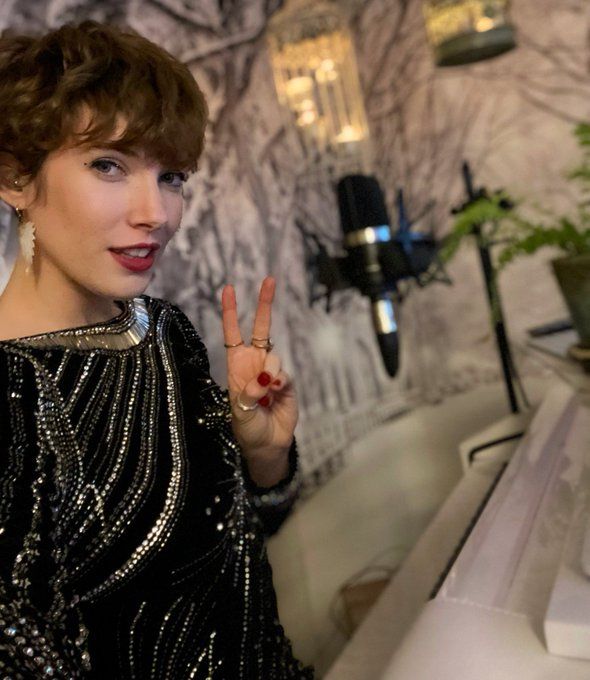 Sometimes the followers of Twitch music streamer Venus get so inspired by her performances that they wax lyrical, as in this message from Lord_Edward_the_Wise: "Venus has the eye of the huntress, and she takes no prisoners - once she sets her sights on an unsuspecting heart, she fires her arrow with deadly accuracy and pierces through even the thickest armour. We are all willing victims, however, as there is no better way to die than listening to Venus's velvety vocal virtuosity." Thanks Lord Edward! (We'd like to stress that no member of the audience - aka the Venusian Beans - came to any harm during Monday's live show in which Venus sang the below selection of covers and originals.) Thanks also to KateRaff for the raid.

Exit Music for a Film - Radiohead