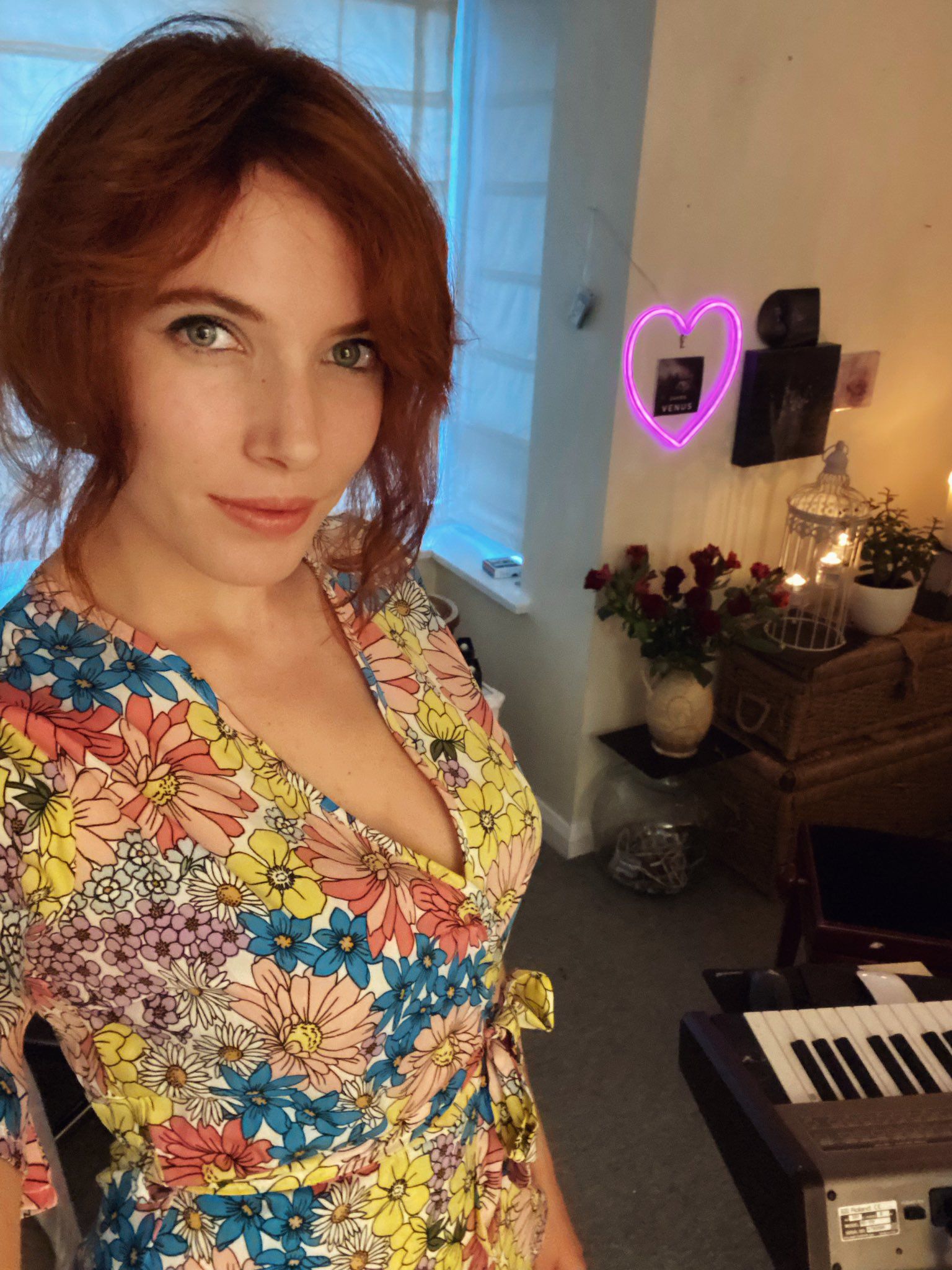 Looking pretty in a floral wraparound dress, Twitch music streamer Venus wowed her audience of international "Beans" with a set of covers and originals commencing with an amazing mashup. Beans have waxed lyrical about the effect of Venus' singing, such as this from Lord_Edward_the_Wise: "Though she be but one person - and a very special one at that - Venus's voice contains the largest choir of angels that could exist in all the realms of the universe: it is one that sings sweet symphonies of pure, incorruptible and eternal delight that seem more appropriate for the ears of the gods rather than mere mortals such as we. What a voice this truly is, with the power to put hope in our souls, wings on our hearts, and contented joy in our minds. Bless you, Venus." Thank you Lord Edward and everyone else for your endless love and support. Thanks also for the raids, JiveAces and Joplaysviolin. After the show we had the great pleasure of carrying out a substantial raid on awesome singing duoTheTangerineClub.

Kiss Me - Sixpence None The Richer