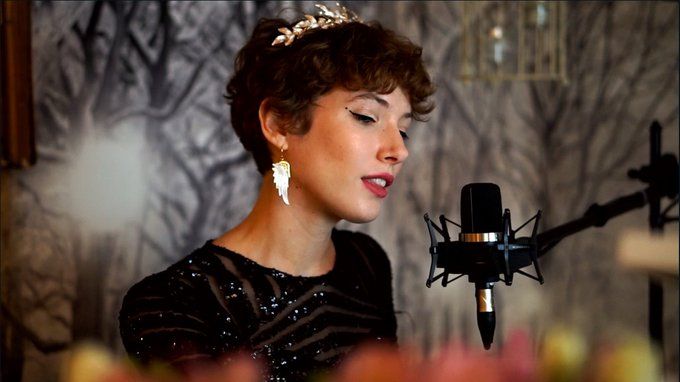 During UK singer-songwriter Venus' live Twitch stream on New Year's Day we had so many beautiful comments from Chat on her performance that it's hard to know which ones to reproduce here, but here are some: Divergent__25: "Your voice is pure perfection, there is no other way of putting it." BeakDoctorMD: "Damn, your voice is insane. Geez, the stream quality is insane. Massive kudos!" and our personal favourite from canvarna: "Only an elf can sing like that." Thanks, you guys! Immense thanks also goes to all our Venusian supporters, The Beans - you are all amazing. We had the opportunity to stage a deservedly large raid on the awesome drummer dandrumstone after Venus' stream.

I Love You - Billie Eilish