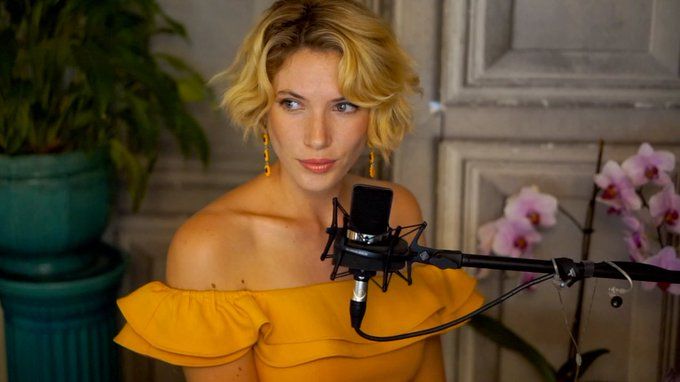 Twitch music streamer Venus gave another of her heartstopping performances on Sunday of the below selection of cover and original songs. New follower shesellssilence had this to say: "Band practice next week.. first hour+ listening to Venus. they need to know how high the bar can be set. By early hours Thursday Venus will have half dozen new fans, guaranteed." Love that, thank you so much! Thanks to all our Beans as always for all that they do to support Venus. We all enjoyed going to raid the always fabulous musician JoshuaWooMusic after the stream.

Stoned at the Nail Salon - Lorde

Kiss Me - Sixpence None the Richer