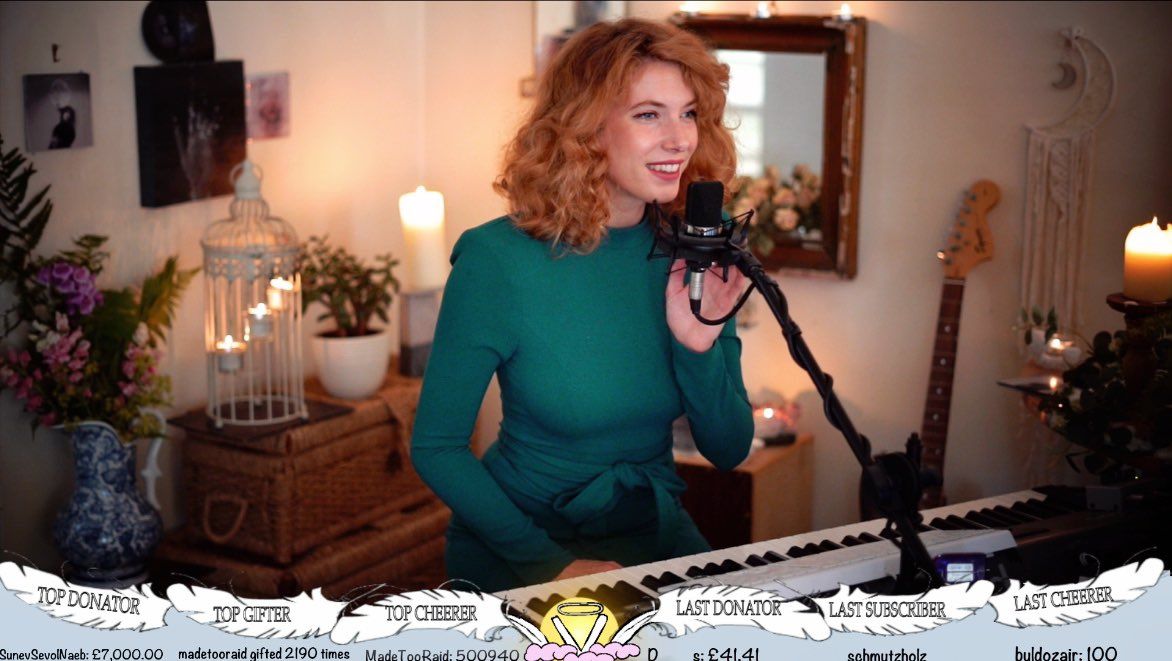 In an emerald green dress to set off her auburn hair, Twitch music streamer Venus delighted 600 international viewers today with a beautiful selection of songs, mainly originals with a sprinkling of just three haunting covers. We send all the gratitude to our family of Venusians (the Beans) for supporting Venus so incredibly, and thanks too for comments such as these from Angie_indie: "Your songs are the best gifts we could ever receive, thank you so much for such beautiful and comforting songs. Your soothing and at the same time powerful vocals plus the relaxing melody really bring me so much peace." And from Lord_Edward_the_Wise: "Your music is timeless, Venus, just like yourself." Our post-show stream was not on a fellow music streamer for once but on the awesome travelling streamers Awkwards_travel.