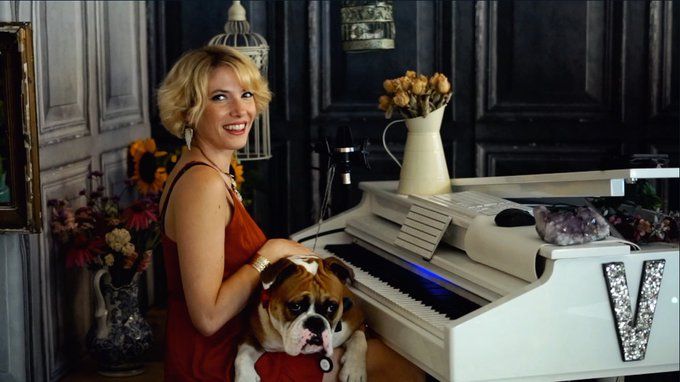 Even though he now weighs in at a very solid 26 kilos, David the Old Tyme Bulldog can still just about manage to perch on Twitch music streamer Venus' lap to say hello to the Venusian Beans, as you can see above, during Saturday's show. In between David cuddles Venus held her Beans rapt with the below set of cover and original songs. Big shout out as always to the Beans for all their incredibly generous support, and also to JoeyCollinsUK and mitsukihayashi for bringing their communities to raid VenusWorld. We all went to visit the outstanding musical talent that is MeganAndCooperTV after the stream.

Give Me Light - Marti West

Back to Black - Amy Winehouse