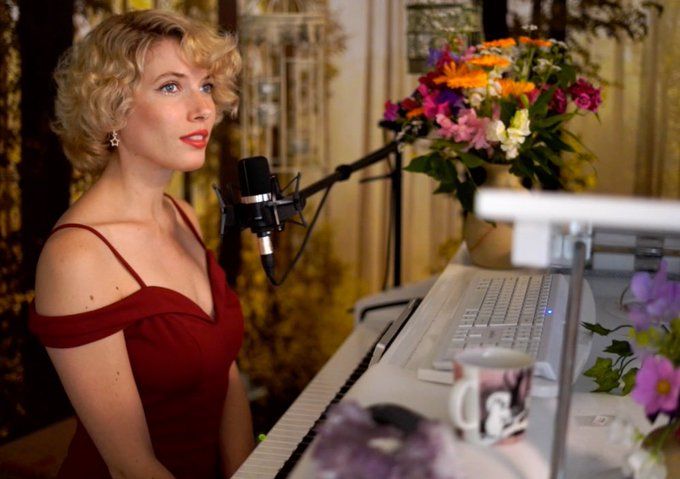 "Venus is proof there is a God." And there you have it. What more do we need to say, other than that UK singer-songwriter Venus performed the below songlist on Monday via TwitchTV to her international audience of Beans who very much seemed to appreciate it according to their very kind comments (such as catnnip's above), and endless support? We in turn very much appreciated raids from Matthewkheafy and mitsukihayashi. After the show we all went to visit the lovely Swedish singer missysocks in a large raid.

Make You Feel My Love - Adele

Exit Music for a Film - Radiohead

Happier Than Ever - Billie Eilish