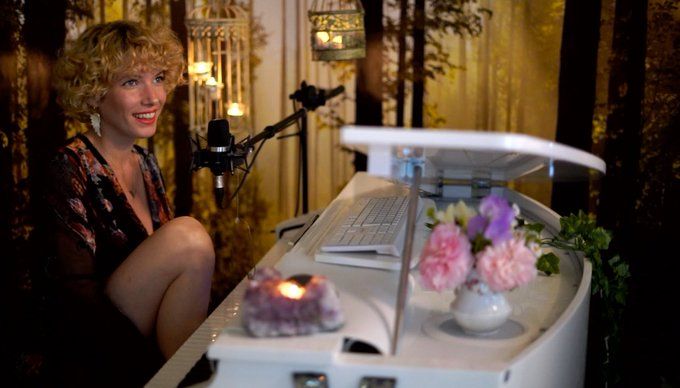 "Nobody does it better than Bond Girl Venus when it comes to leaving listeners shaken and stirred with vocals as elegant and as smooth as an Aston Martin DB5, as potent as a vodka martini, and as deadly as a shot from a Walther PPK. The world of martinis, girls and guns never sounded so good, and the Queen Bean still has the Midas Touch at her fingertips, producing music that - like diamonds - is forever." said Lord_Edward_the_Wise, a treasured follower (and therefore Bean) of Twitch music streamer Venus when she sang Adele's "Skyfall" during her live show on Monday. Thank you so much dear Lord Edward! Thanks also to  Ludgero_Rosas, OnroyZ, and Sequisha for bringing their communities to raid us during the stream. We all hugely enjoyed raiding the outstanding musician JustineGriffin after the show.

Happier Than Ever - Billie Eilish