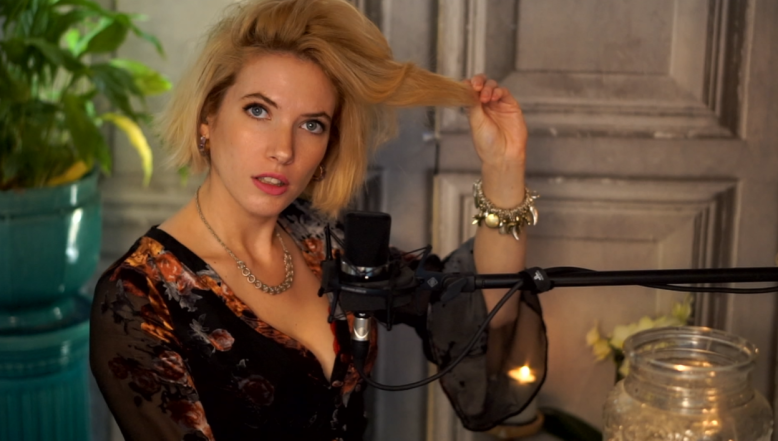 In an autumn-coloured velvet jumpsuit, Twitch music streamer Venus bewitched her global audience of Venusian followers (The Beans) with the below set of covers and originals on Monday. Treasured Bean redmondmike had this to say in Chat: "Your voice is like nectar to my ears 😍😍😍" And later added: "Venus is a siren!! but instead of luring us to our death she lures us all here for heavenly music" Why thank you Mike for those kind words! Thanks also to fellow streamer Belleune for bringing their community to raid VenusWorld. After the stream it was our turn to raid, and we all went to see the always outstanding singer-songwriter JoshuaWooMusic.